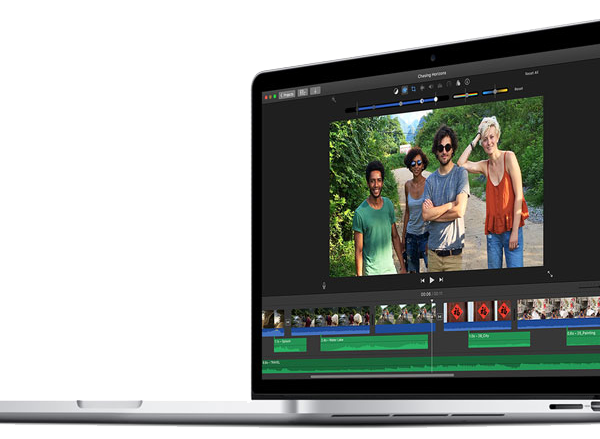 In addition, this model has a backlit keyboard, a “no button” glass “inertial” multi-touch trackpad, a “MagSafe 2” power adapter, and an internal, sealed battery that provides an Apple estimated 9 hours of battery life.

Compared to its predecessor, this model not only has an even slimmer housing, but also has a faster and more efficient “Fourth Generation” processor and architecture (and correspondingly higher battery life), as well as faster graphics, storage, and Wi-Fi in addition to improved connectivity.