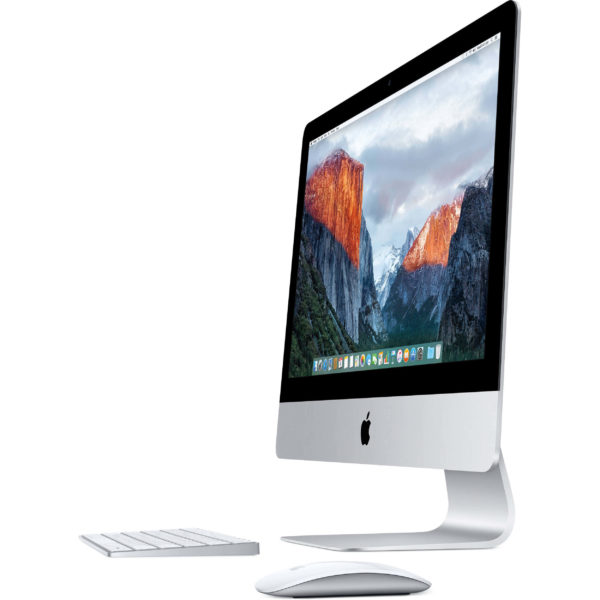 This model has a 21.5″ 1920×1080 LED-backlit 16:9 widescreen IPS display with the “cover glass fully laminated to the LCD and anti-reflective coating.” The rear of the case is aluminum and is thicker in the middle and tapers to a razor thin 5 mm at the edges.