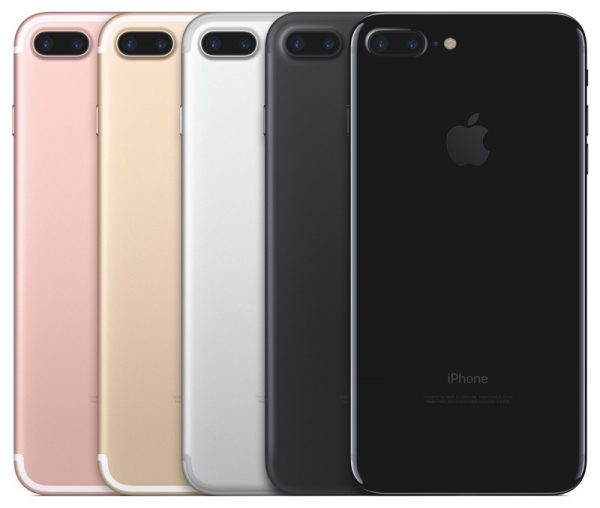 It has dual cameras — a rear 12-megapixel camera with optical image stabilization, a f/1.8 aperture, a 6-element lens and wide color capture — as well as a front 7-megapixel “FaceTime HD” camera with support for 1080p video.